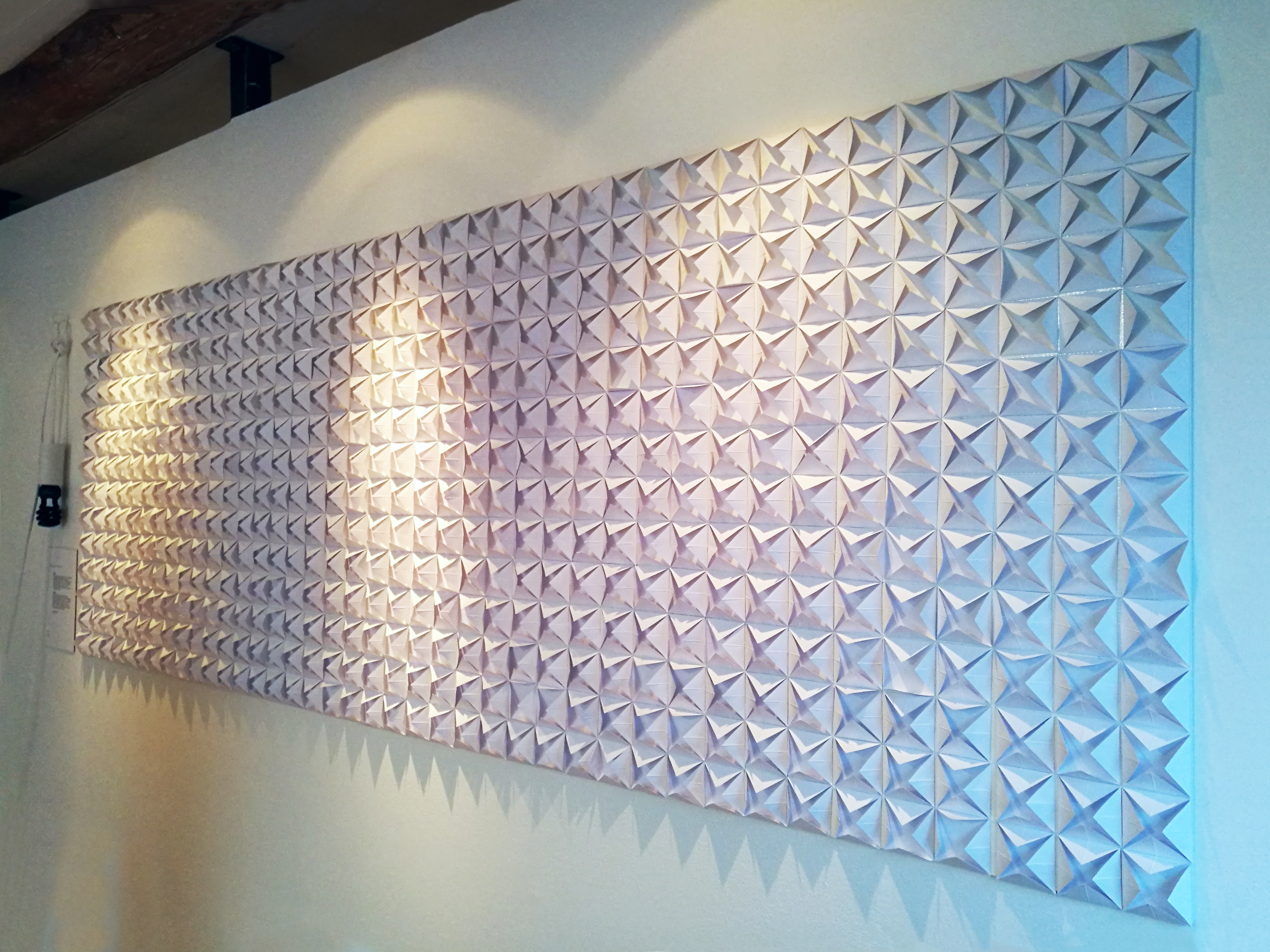 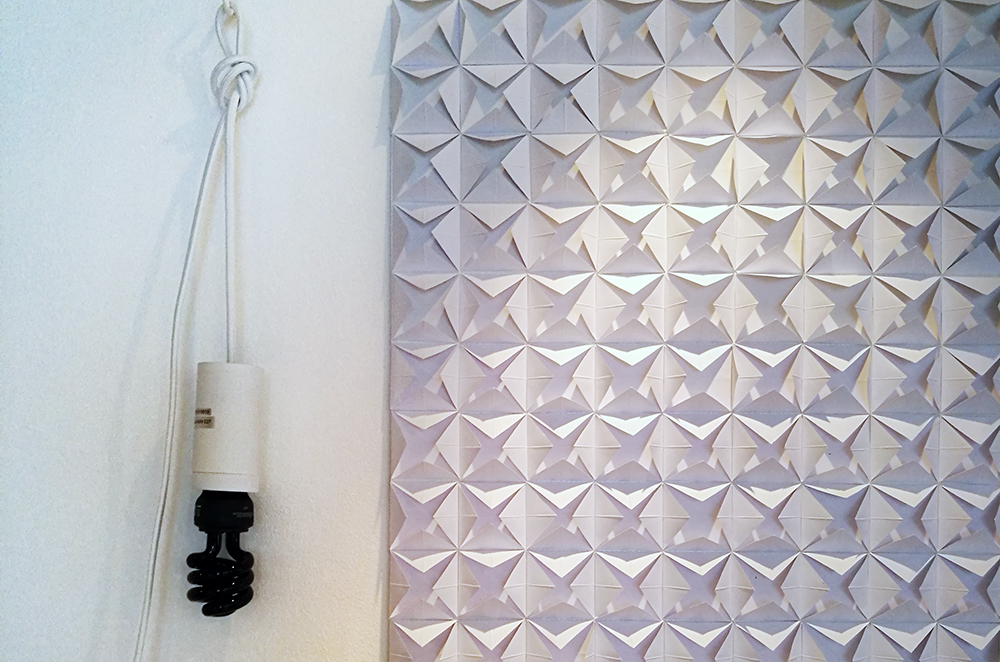 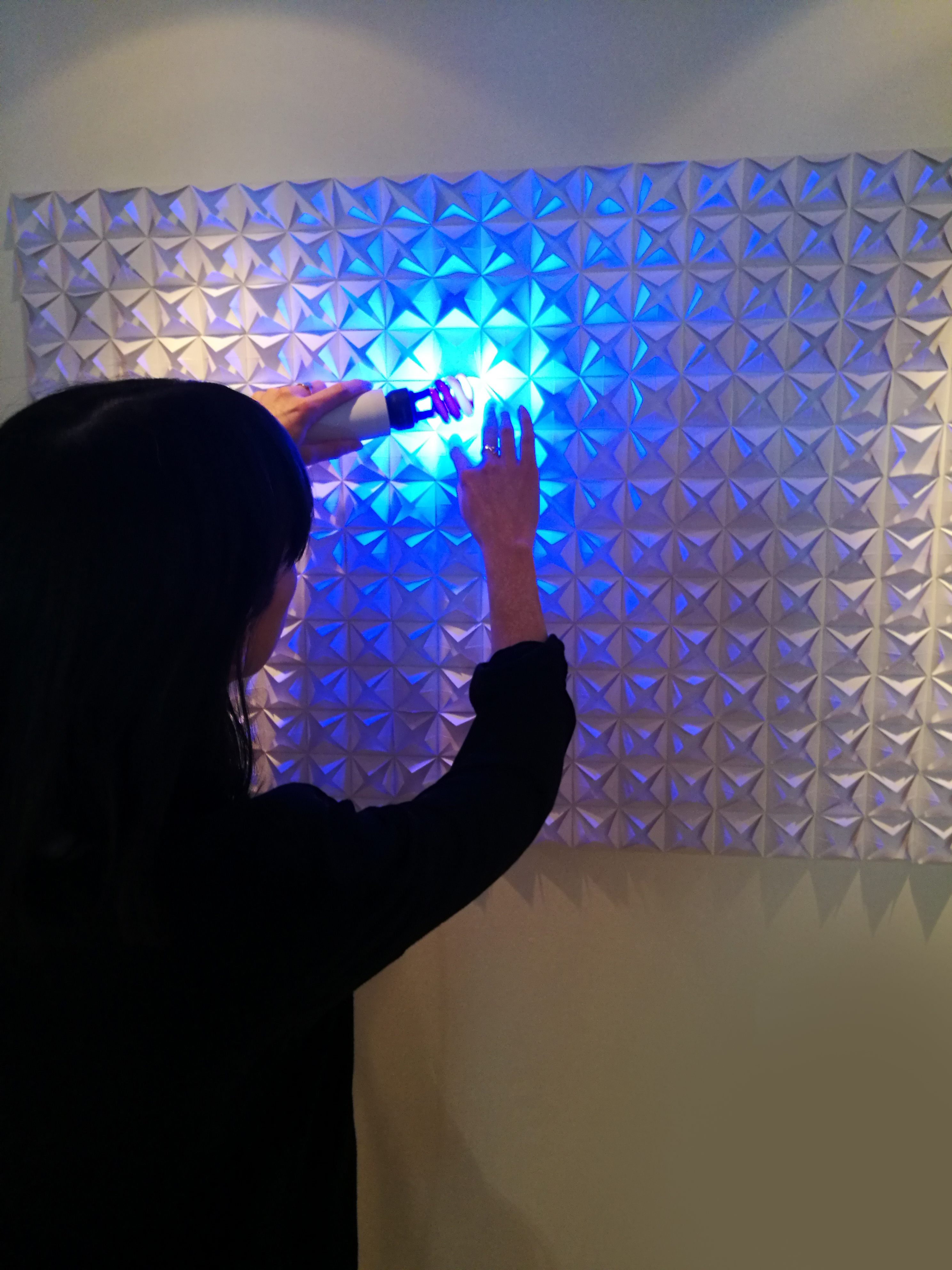 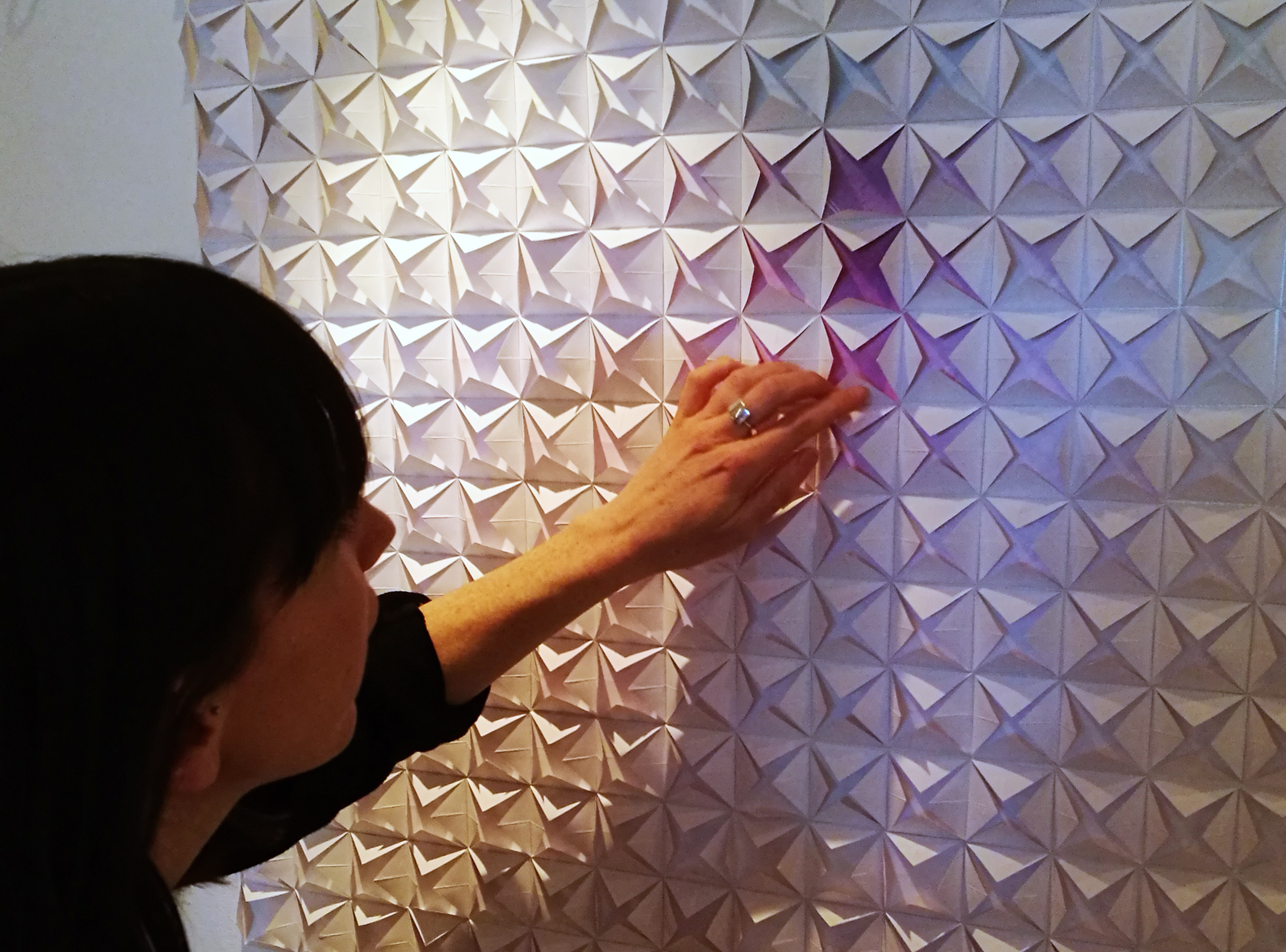 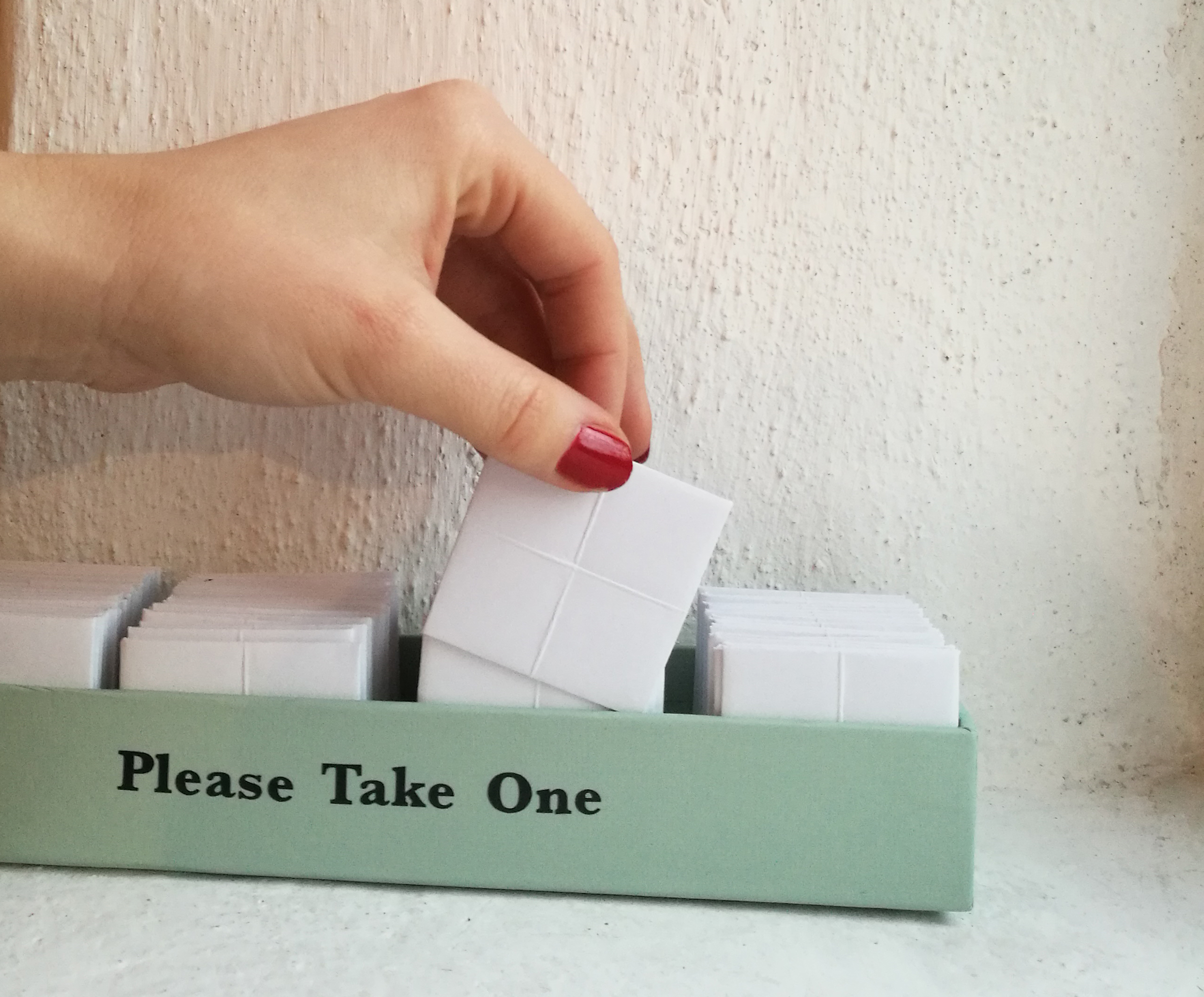 You’ll sometimes hear phrases like ‘the sun has gone in’ or ‘the sun is out today’. What is interesting about that to me is that we talk about the sun as something that is moving, changing, appearing and disappearing. The reality, as we know, is that we are the ones moving. Globally our earth consistently spins on its own axis of 23.5° meaning that for a portion of every 24 hours we are facing away from the sun and therefore in the absence of daylight. Locally, our ever-changing weather, skyscrapers, mountains and trees can block the sun and determine whether we experience direct sunlight or not at different times of the day. So, although the sun is consistently shining, are we ever really able to control, capture or manipulate sunlight? My understanding is that we cannot, but this aspect of our relationship to sunlight became the focus of my project. There is a passage tomb in Ireland, called Newgrange, that dates back to 3,200 BC. It is believed that it was built for pagan ceremonies such as burials but also as a celebration of the end of winter symbolising death and the beginning of longer days symbolising rebirth. Every year at 9am on the winter solstice, a bright ray of sunlight travels through a very narrow passage within the tomb and illuminates the three ceremonial alcoves within the chamber. The chamber is 19 metres inside the tomb and thie event lasts for 20 minutes. I have always been fascinated by this tomb and how sunlight can become an occasion. If the weather is bad on the morning of the winter solstice the chamber will remain in complete darkness. If that is the case, another year must pass before the opportunity presents itself again. I decided to investigate ways that I could visually recreate this sense of occasion and unreliability. I began to research architecture, of which I know very little, and I tried to understand what techniques and technology is used today; to control, capture and manipulate sunlight. During my research I discovered the work Tadao Ando. My interpretation of his work is that he creates spaces and crevices within, that allow sunlight to create theatre in an analogue way. If there is no sunlight, there is no drama. To me, this means that if you do get to see the building perform as light bursts through the crevices and disappears again, you feel a sense of luck that you caught it at that moment. James Carpenter Design Associates are an architectural firm that often include devices such as glass or metal panels set at certain angles to, in their words,

“…mediate a dialogue between interior and exterior space and to exploit the performative aspects of natural light”. That last statement really stuck with me during this process. I wanted to focus on sunlight within a space and not outdoors. I began investigating materials and 3D shapes that would alter or appear and disappear depending on the presence or absence of sunlight. I considered our presentation space; Room 527, HDK, Gothenburg. I questioned what I could use or manipulate to display an occasion with the help of the sunlight – if it should appear on January 11th; the day of our final Display and Discuss session. As the project has run its 10 week course, I have been mapping the hours of daylight in Gothenburg digitally through vectors with gradients and physically by painting shades of black (darkness) graduating into white (daylight) onto wooden blocks. I needed to make a day tangible; to hold it in my hand, and get a sense of Gothenburg’s measure of daylight, specifically on the winter solstice. I didn’t really think that this would become a part of my final piece but I have decided to create a piece of work that depicts a sunrise or sunset and its colour gradients which all appear visible to the human eye based on their wavelength and frequency. I have used ink that is only visible in sunlight (or under a UV lamp). The colours are printed within small, white folded pieces of paper. These folds create a space – or a room – for the light to appear within. The final piece is tall and narrow, referencing the narrow ray of sunlight that streams through Newgrange on the winter solstice. I have placed this piece between the large windows in Room 527 to look like a stained glass window, that only performs when light comes through. There were certain aspects I couldn’t have known while working on this project, such as where the sunlight would appear within room 527 in early January. I now know that it actually won’t appear in any great amount, due to a shadow cast by another part of the building. A challenge for me was to acknowledge and embrace the potential of ‘failure’ for my final piece. If the sun doesn’t shine on the day of the presentation, the paper will look completely white and the sunlight performance will not happen. Although that can be daunting, it allowed me to work in a new way; accepting a lack of control and creating work despite that. My aim is to demonstrate my now deepened appreciation of both sunlight and its presence within architecture.
I hope that this work will inspire questions relating to our planet’s movement within the solar system and how our daily rotation impacts how we see things.