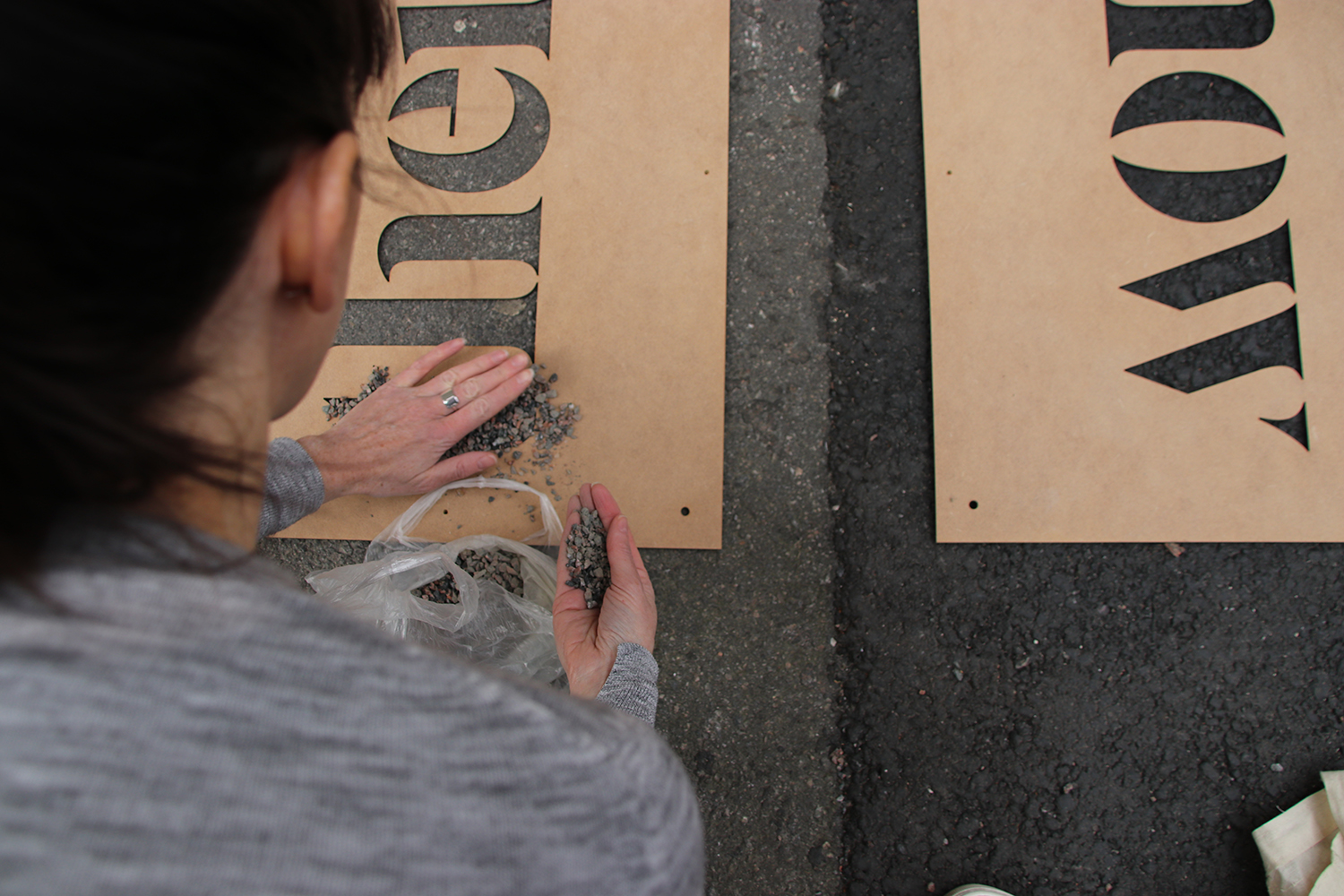 This post is part of a series of posts that explain aspects of my MFA Design Thesis project.

Having spent the first part of my second semester making very loose, quick trials with stencils outdoors I decided to return to this exercise with the experience and confidence I had gained previously. As with the initial tests, I went outside with stencils I made in the laser cutter, materials that could be removed (in this case: dry plaster and pebbles) and absolutely no plan of where or how to place them in the city.

I didn’t go far before being attracted by the distinct change in surface colour on the pavement just outside the school. My stencils read the words now and then, so I decided to work out a layout that would be interesting or could tell some kind of story.

Using the grey pebbles on the similarly grey ground surface, I tagged the word then. This low contrasting stencil served as a nod to the past, beginning to fade. On the other hand, I put dry white plaster into the now stencil on the much darker tarmacadam surface, creating a much starker contrast. This vivid now when compared to the then stencil could be an argument for the present being clear and in plain sight. On the flipside, I could easily have used the opposite materials to suggest that the past is crystal clear and the present a grey blur.

Either way, the materials didn’t stay still for long. The day after putting the tag down, a dog’s paw could be traced down the street in white plaster dust. The pebbles were gone completely in under two days; thanks to the street cleaners. The word now is still there, weeks later, because it hasn’t rained sufficiently yet; but it will disappear completely once we get some rain.

To read more about the project please visit the website. 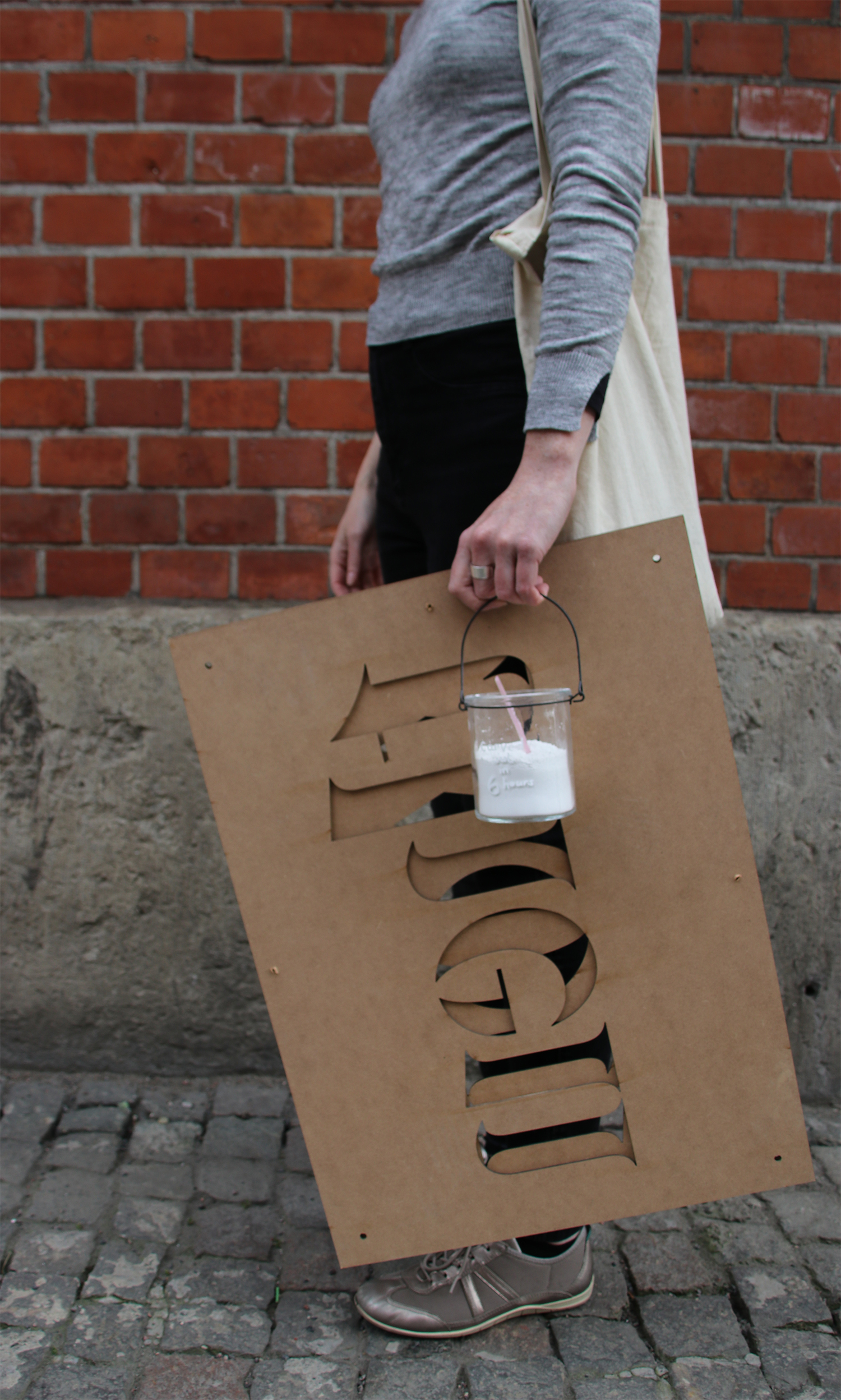 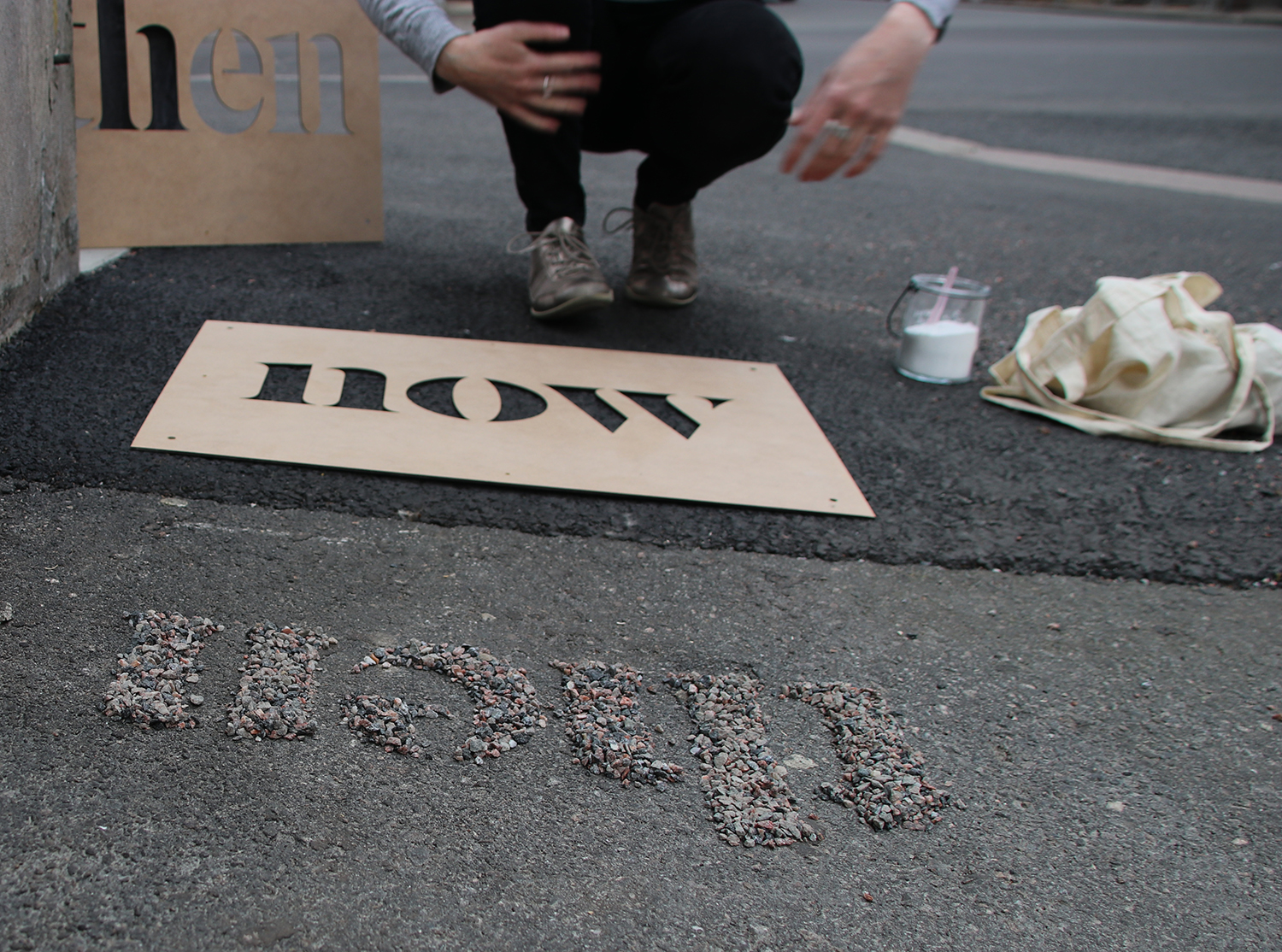 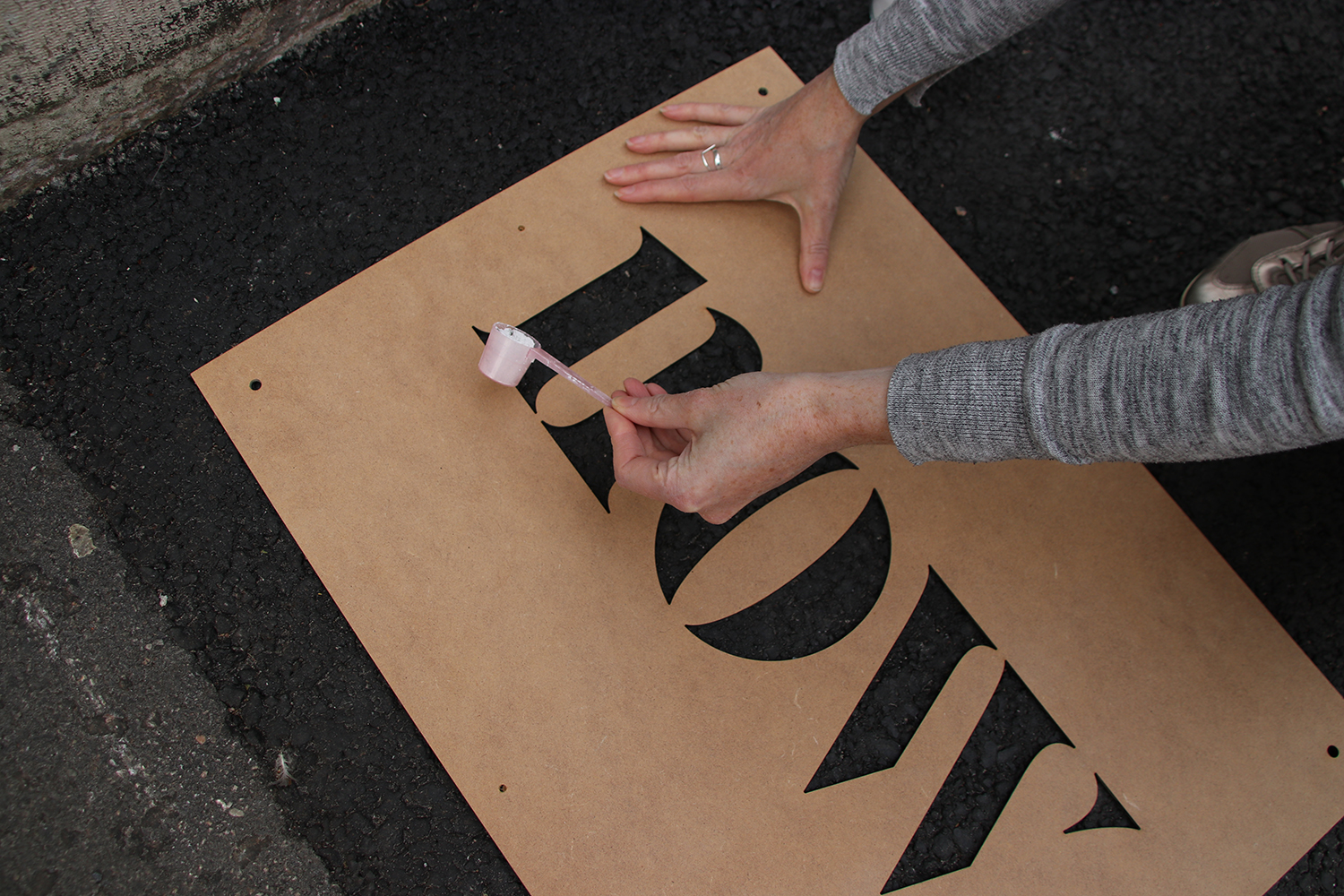 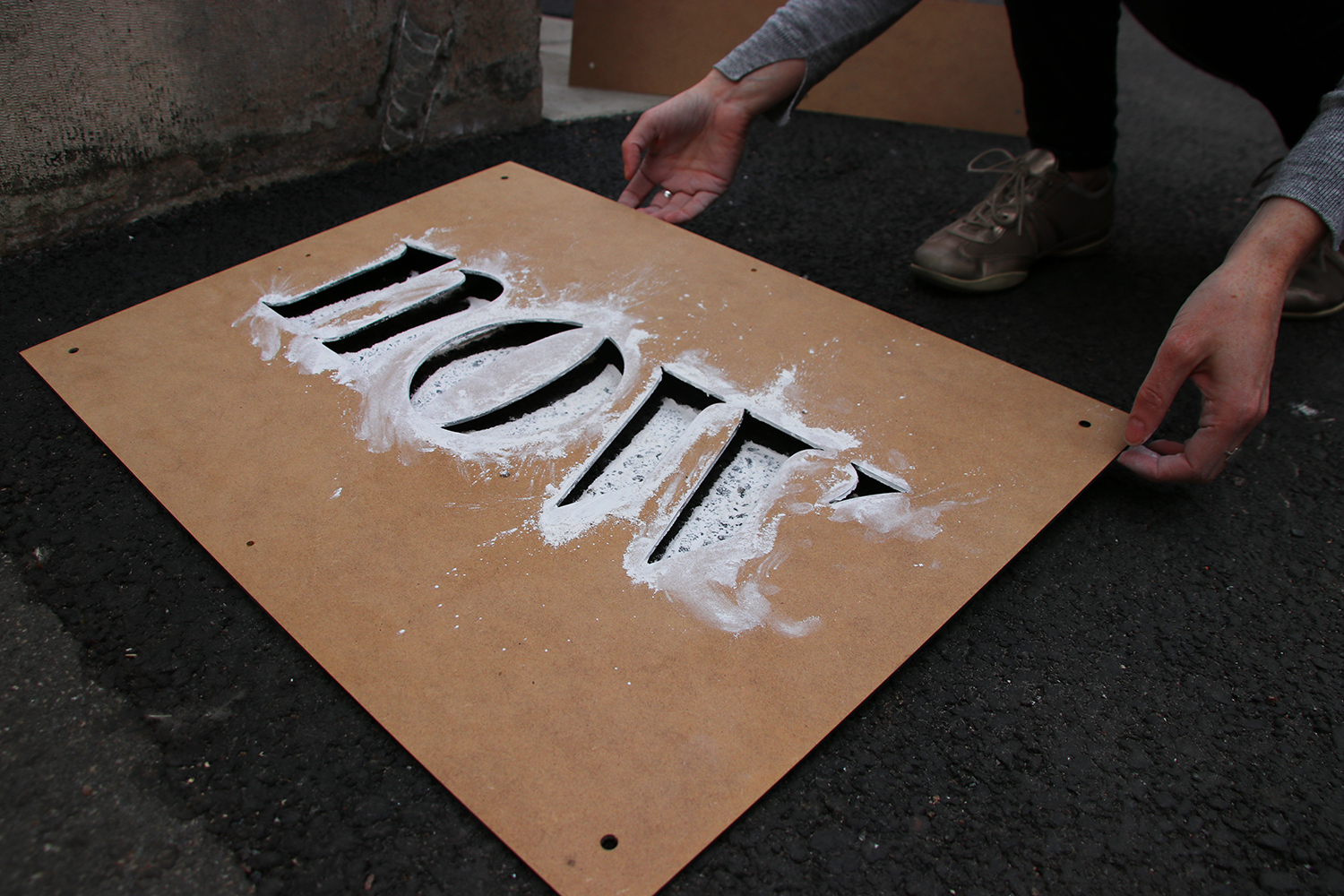 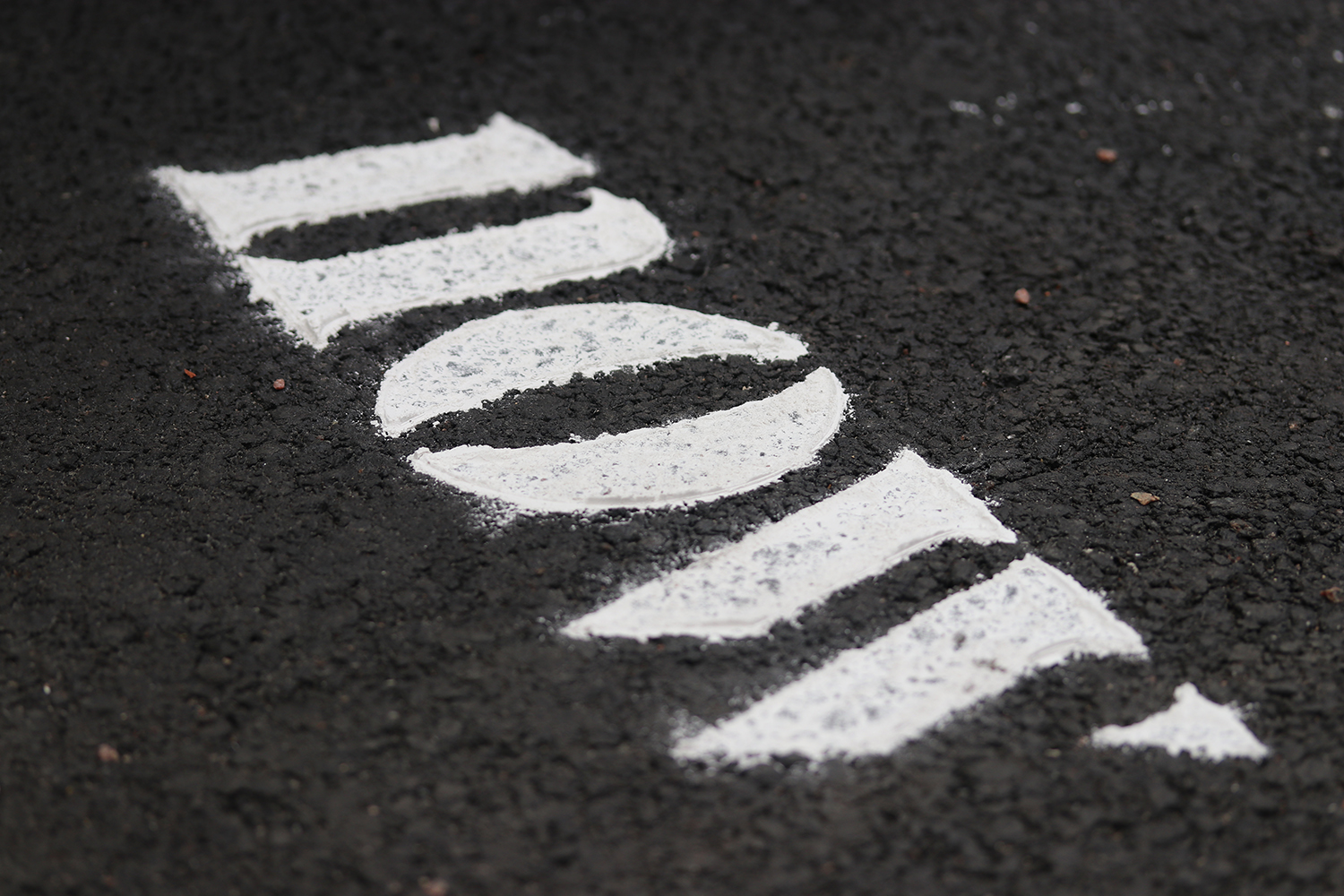 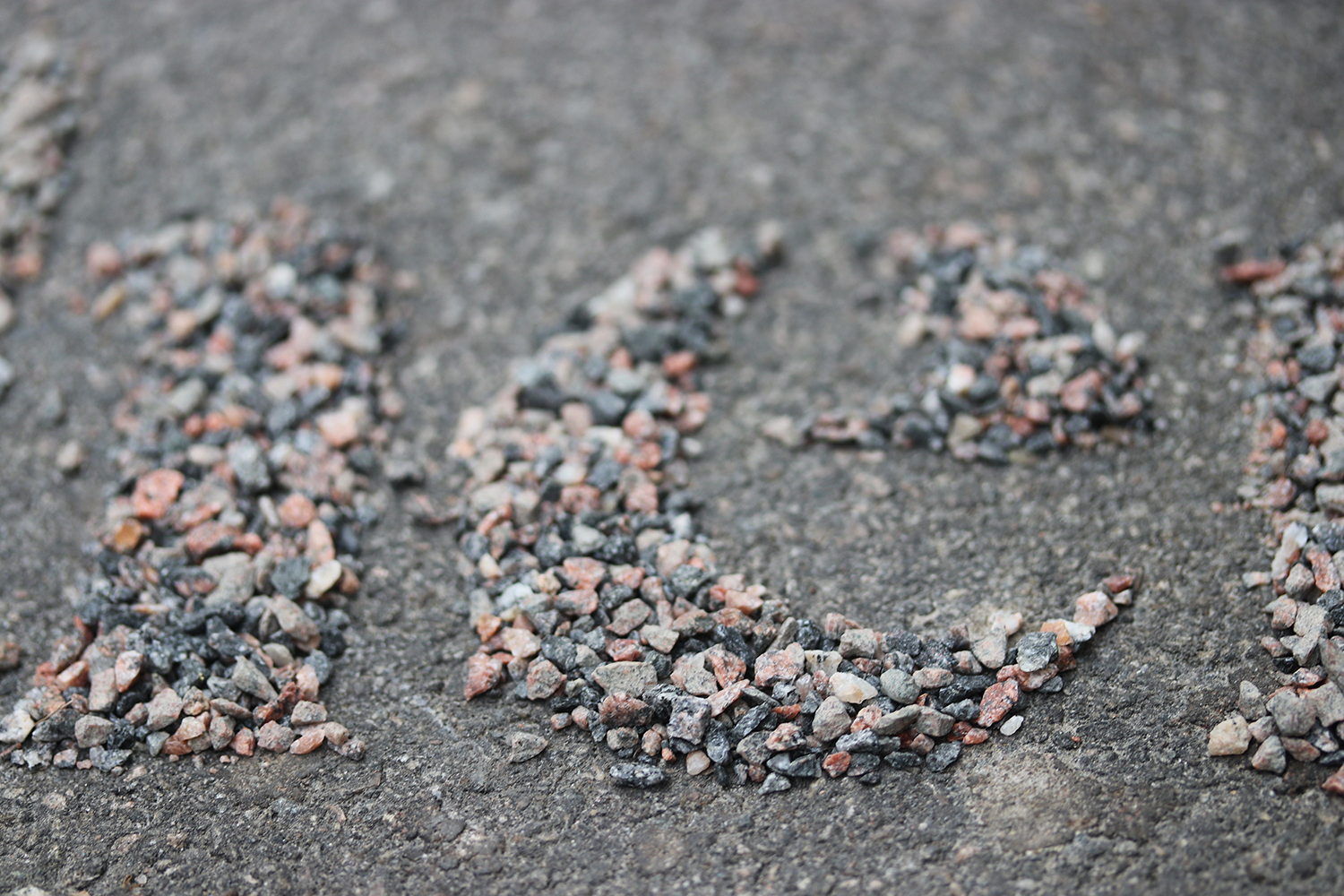 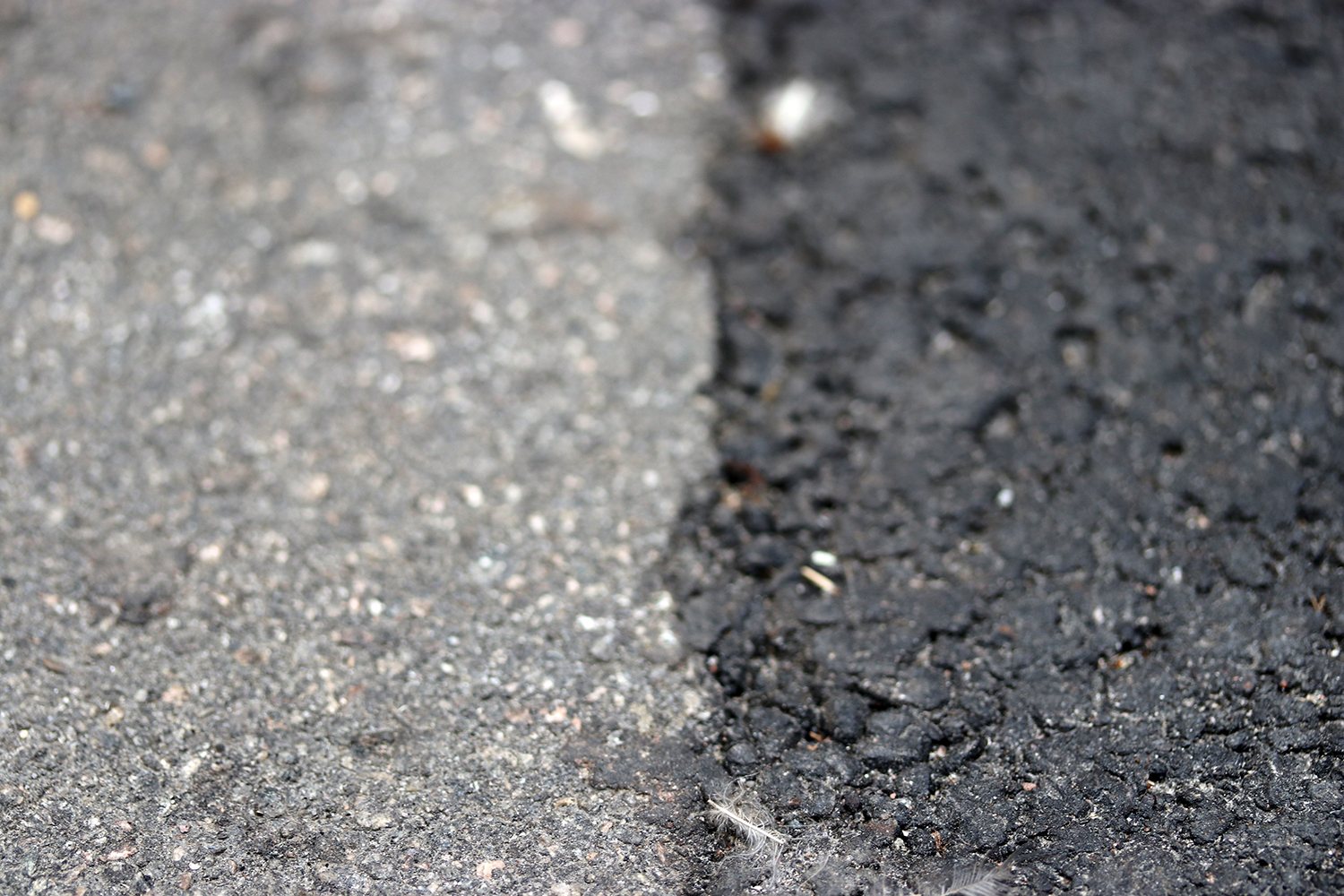 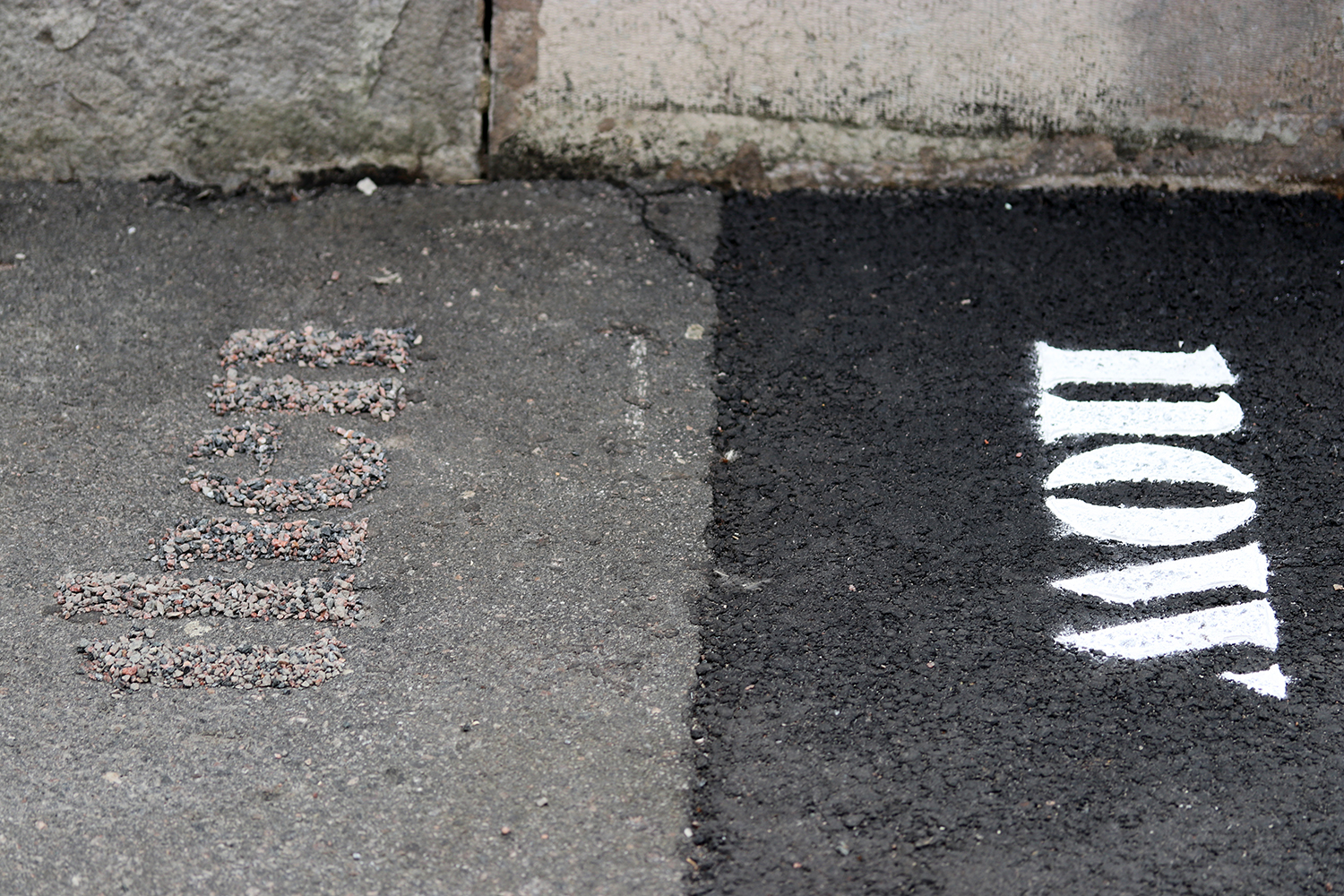 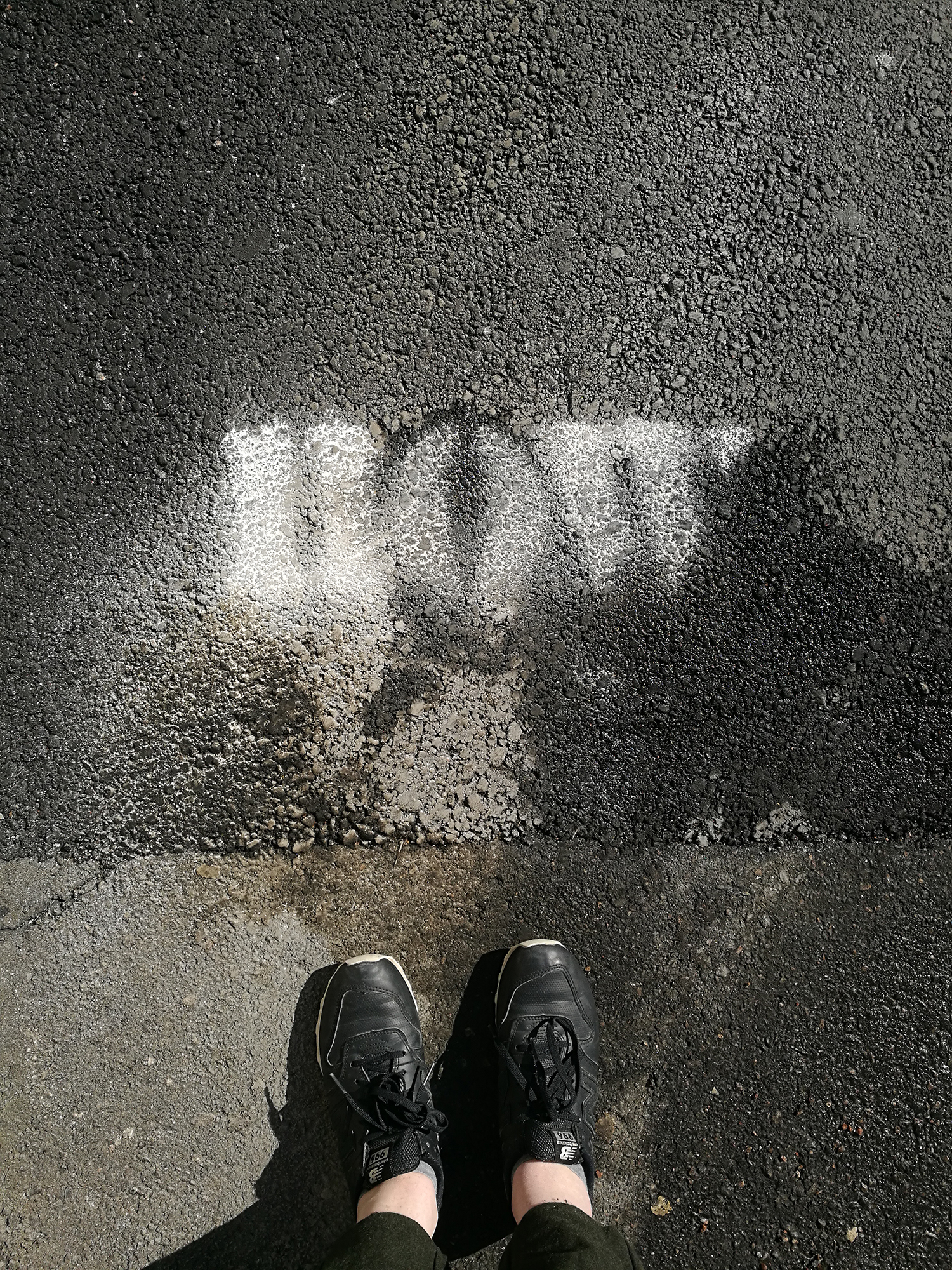